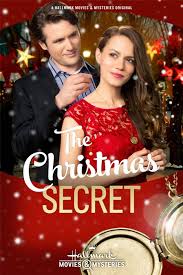 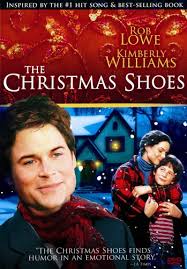 I have been watching the Hallmark movies all weekend long and I love it. I just finished decorating my house and next weekend it will be making cookies. My grandkids already are making a list of which one they want as sugar cookies, chocolate chip cookies, oatmeal cookies, and corn flake cookies. Also they want me to make lemon bars, snicker bar, and chocolate bars. It will be yummy, I’m sure.

Meanwhile for tonight I’m done and tired, so I will be watching more Hallmark movies until is time to go to bed. The Christmas movies always make me cry and emotional, especially like “The Christmas shoes”, “The Christmas blessing”, and “The Christmas wish”, and so many, many more.

“It was the best of times; it was the worst of times.” — Charles Dickens, A Tale of Two Cities

When was the last time that sentence accurately described your life?

The best time was one of my happiest days, I got a letter on Wednesday, September 17, 1986 from my mother ,she was coming back home from her long four months of vacation. She went to expend time with my brother, his wife, and their new baby. She was excited to meet the new addition to the family. My mother already had four grandkids all younger than 2 years old and she loves to spoil them.  As soon she arrives from her trip she will babysit my two kids.  I need her, missed her and I wanted my mom back we were very close.

However, with the happiest day it comes the saddest day and the worst. It was that Sunday, September 21, 1986 when I got a phone call from my brother.  My mother has a heart attack on Saturday night and she passed away.  I can’t believe it at all. My life and my heart were broken.  I run into my room to reread my mother’s letter. She wrote how much she missed us, she wants me -I’m the oldest- to keep watching my younger siblings and my dad. Also she mentioned her dogs that she loves so much. She supposed to travel by the following Wednesday on September 24.

What can I said.  Her coffin arrives on Wednesday, September 24 the same day she wrote in her letter. As strange it sounds my mother didn’t break her promise. She came home.

Today, publish a post based on unused material from a previous piece –a paragraph you nixed, a link you didn’t include, a photo you decided not to use. Let your leftovers shine!

This is my leftover sandwich a picture I took a few months ago. I took this picture with my new camera and it didn’t come right. My idea was to write about my first fascination with a toy and it was the beanie babies. My daughter, who was 10 at the time, got me hooked and I can’t stop to buying them. I ended up with 200 before I realized it was time to stop.

Nowadays my grandkids are playing with them except for this one. This is my first Beanie baby, this beautiful purple bear in honor of Princess Diana. This bear is my favorite and I called it my treasure. I keep it in my night stand with my favorite books.

This weekend I went to Barnes and Noble’s and purchase these books on sale. The holidays are approaching and they’re perfect for the occasion. They already are on my nightstand waiting to be read by me. Now I’m trying to decide which one will be first.

I have already watched the Mrs. Miracle movies and soon the premiere on the Hallmark Channel of Mr. Miracle. It’s time to read books and enjoy reading.

Debbie Macomber is one of my favorite writers and I always try to get one of her books. I love her style and her Christmas stories are the best.

If someone has already read these books I will like to know what you think.  Any other recommendation for a good book for the holidays will be welcome.

What’s your idea of a perfect day off: one during which you can quietly relax, doing nothing, or one with one fun activity lined up after the other? Tell us how you’d spend your time.

One more day and the weekend will be here. The weather has been cold so it will be fine to stay home cozy in my PJ’s, having a cup of coffee and cake with a good book. Later in the afternoon, watch a few Christmas movies on the Hallmark channel and popcorn.

That’s what I call the perfect day off, however what I forgot I must babysit my grandkids. I guess it would be a game day.

We all have that one eccentric relative who always says and does the strangest things. In your family, who’s that person, and what is it that earned him/her that reputation?

My cousin Phil. He is the weird and the crazy one. We grew up together; he will get in trouble not only in school but around the neighborhood.  My aunt will be furious at him for the reason that he wasn’t afraid to climb the tallest trees and try to jump (he will say it was a stunt for a wrestling match), he will eat worms, rocks, sand, dirt, bugs.

The girls would love him anyway. They thought he was cute, sensitive, and charming.  As a teenager, he was overweight, red hair, freckles, and green eyes.  They call him” Red” and they still do.

He was the favorite of my mom, my grandma, and also mine. With time we all moved away it’s not until two years ago when I have the chance to visit him.  After a long 30 years, we hug, we cry, and we bring back all the memories.  My cousin Phil looks the same, well looks older, but the same charming man.

A little craziness is not as bad as its looks. He is a charming and a hilarious man. My cousin Phil can be the clown of the family and the weirdo, but he’s always there for everyone.

Love you, Phil you’re the best.

Is there a period in your own personal life that you think of as the good old days? Tell us a story about those innocent and/or exciting times (or lack thereof).

I missed those good old days.  I grew up in the 70’s, plus I have the big hair; the fashion style was astonishing, and the music (disco, disco duck….) was the best. Those memories of the past where I didn’t have any stress, wasn’t living at a fast pace, and everything seems so innocent.

The kids from my neighborhood will play all day outside and they will get dirty.  They will play baseball; jump the ropes, they will play marbles. We didn’t have a Playstation or an X-Box.  Yes, I do miss those old days.

I missed when we use to write notes to our friends instead of texting. When sitting at the table dinner was a way to communicate, to truly talk to each other instead of being in the media checking their post or pictures. I remember on Saturdays I will go to the discotheque and having fun dancing. Those days were fun, but at some point we all have to grow up and move on with our lives.

Oh my, the old good days and the memories are forever.

You’ve been given a key that can open one building, room, locker, or box to which you don’t normally have access. How do you use it, and why?

The golden key I will love to have it will be the one who opens the door from The Vatican Library. Along with all the history and all the secrets that I would discover, I will try to soak up all the information I can find. I’m not interested in taking any of the treasures. That’s not my style.

Another door, I would like to open will be the one who keeps the box with all the information and the truth about who kill John F. Kennedy.  My curiosity will be fulfilled.

Can anyone give me the Golden Key?

The countdown to the holidays has just begun. I have to start shopping for the holidays. For several people it’s too soon, but having a big family is never too early. Usually I make my first layaway the day after Halloween starting with the three oldest. After that, I do the little ones so they have more time to think what they want. They loved to write a few letters one to Santa (the big letter) and the other to their grandparents (one gift). My last gift to buy it will be for my husband after 31 years of marriage it’s getting difficult to obtain something special for him.

I have my Christmas tree already up with no decoration yet. I will décor my tree and my house on Thanksgiving Day with the kids. It’s a tradition we all want to keep.

I’m planning the menu for that day with the help of my daughter. My older kids want to add their own specialty. We do a secret Santa on that day. The rules for the secret Santa are a silly prank, a postcard, and a handmade gift no more than 10 dollars.

I still have another week and a half to prepare meanwhile, I have been watching and enjoying Christmas movies from the Hallmark Channel. It makes me want to have my home already decorated. The spirit of the holiday season has already invaded my home.

I dedicated this day to all who have served and those who are serving now. To my husband who retired from the service, who dedicated his 25 years to protected our country. To my brother, my cousin, and my uncle who served and retired. To my nephew who is now serving. Thank you, to all you who dedicated your live for our freedom.